A parent's experience of language impairment and trying to find the right help. - Speechbloguk

A parent’s experience of language impairment and trying to find the right help.

We are delighted to have Rachel Sambrooks from Chatterblocks writing for us this week.  Rachel talks about her experiences of trying to get help for her daughter who has a Specific Language Impairment (SLI). Unfortunately, Rachel is not alone in her experiences and I have heard many similar ones over the years.  We all need to raise awareness of language difficulties and support and enable parents to get the help their children need.

A brief history of our journey in getting support.

My daughter is a happy, friendly 8 year old who loves drama, art and having fun. She also has a moderate to severe language disorder, known as Specific Language Impairment or SLI. It is both expressive and receptive, so she has problems communicating meaning and language, and problems understanding. She needs regular support and speech and language therapy. 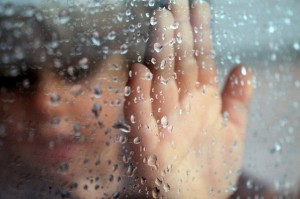 I didn’t realise I’d have to battle. It wasn’t something that I’d heard about. I assumed if you needed help you would get it. I assumed a child with problems would be immediately diagnosed and treated, like you would if you broke your leg or got ill. At her 2 year development check, it was flagged up that she was at age 15 months for her language development but above her age in development for all other areas. I tried to get some help but was told it was too early to tell. It was around this time my marriage broke up and I was left struggling to fight as a single parent. At age 3, despite my concerns she was discharged from the speech and language therapy register. Her friendliness and confidence masked her language problems. At nursery age and school she was given another initial assessment from the NHS but again it was seen as ‘some developmental delay’ with a suggestion to reassess later. The assessment never came but at school she was experiencing difficulties. By then I had given up the idea of getting a job as she wasn’t able to go to school nursery because she couldn’t cope. When she started school she had explosive tantrums, ran around the classroom pretending to be a variety of animals and wouldn’t sit on the carpet. She had difficulty sleeping and she was manic in public, running around and running off. It made me feel like a terrible parent, even though I had an older child who didn’t have any issues so I knew that there must be some other problem. She had a ‘home school book’ which was supposed to monitor how she was at home and school, but seemed to turn into a constant criticism of her behaviour. ‘Put her hand up and told us it was Monty’s birthday in registration’ was offered as a sign of disruption. Monty was her soft toy dog.

I do sympathise with the teachers, she was leaping around, and she had tantrums. She hid in the toilets at playtime. But after having an older child in the same school I was shocked by the change in tone. Suddenly the idyllic education setting that had involved reciprocal birthday parties, play dates and ‘doing well’ changed to being invited in by the deputy head ‘for a chat’. One pivotal moment sent me directly to getting a private speech and language assessment. My daughter was a very socially aware child in many ways but in class she wasn’t progressing, had regular tantrums and, I found out later, had even been restrained. The problem was the more they isolated her, or treated her as if she didn’t understand her emotions and was out of control, the worse her behaviour became. At the carol concert that year, she had practiced really hard to learn Rudolph the Red nosed reindeer, which was so difficult for her to do as she couldn’t copy the words and remember them as other children would. She did really well at singing along and was sitting very well in a busy room, but spotted me at the front and gave me a cheeky look. She started lifting her chiffon red overskirt over her eyes so she could look at me through it. The next thing I knew her TA had taken her hand and led her out in front of everyone. There was an audible gasp from the other parents! As it turned out the TA thought she was going to have a ‘meltdown’ because she had started fidgeting and it was assumed she would be better off out. My daughter sheepishly appeared hand in hand with the teacher (she had been ‘taken for a walk to calm down’). She said ‘I no good at singing’. At this point I knew I had to do something. I explained to the Head and the Senco that from my observation that she did not have behavioural disorders that they were treating her for despite her frustration. I requested they remove anything they were using to deal with her behaviour differently to other children but focus on her language problems. The Senco told me I should expect her behaviour to get worse. The opposite was true.  With the avid support of the TA giving her consistent positive rewards for good behaviour, she became a model student. She couldn’t keep up academically but was very motivated and happy at school. My expectation at that time was that she might have a global problem but the glaring language barrier was the best place to start. I needed some back up from an assessment but the NHS weren’t returning my calls.  So I went to a private Speech and Language therapist, who diagnosed her immediately. At this point I was still thinking she was behaving in a ‘naughty’ way. He pointed out she had a moderately severe expressive and receptive language disorder and she would need regular therapy from an SLT.  I was surprised that was an actual diagnosis – I had never heard of it.  After that I had a lot more power in the knowledge that she had this language problem. It transpired that she had been on a waiting list for 8 months but now she was a priority at last and was given a thorough assessment. She was on the 1% percentile for both expressive and receptive language and diagnosed with ‘Specific Language Impairment’. Which I had never heard of, and her behaviour is affected through frustration.

After this trauma we finally got a Statement. From there it was a case of referral to a language unit locally in Birmingham, but I didn’t want her to go there, the unit seemed very shut off from the rest of the school. As fate would have it my life changed again, I met a new and permanent partner and we moved in together in SW London.  Her new school language unit was very interested in inclusion and she was in the mainstream class in the afternoon but had weekly speech and language therapy with mornings of literacy and numeracy help. She went from being at a pre-reading level to now reading at a near average level in two years. Her progression has been amazing and behaviour very different.

There are still concerns and still more to do, but that’s another story!

Chatterblocks : to help other parents, to look for resources and to raise awareness of SLI. Let’s just hope that with more awareness the right support can be applied and early intervention made possible.