Here at SpeechblogUK, we really like the Therapy box apps.  We have reviewed a few of their apps before.  You can read our reviews of the minimal pairs app, Sort it out and ChatAble.

Today we are going to talk about their two new apps – Rhyming Bus and Phonics Keyboard.  We were lucky enough to be provided with a free copy of each app, but the reviews and comments are our own. 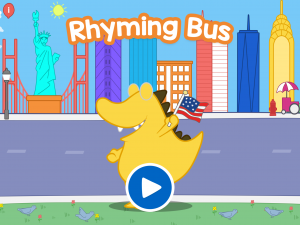 Now if you have the Odd One Out or Minimal Pairs apps from Therapy Box you will already be familiar with Dub Dub as they have added him to their apps in a recent update. Dub Dub is a friendly looking dinosaur who guides you through the different levels of the game – much to delight of one young man I work with!

The game is set out as a bus and there are 6 characters waiting to get on, each holding a word. The child has to select only the 4 that rhyme to go on the bus. It’s really that simple!  The ability to hear, match and generate rhyming words is very important and feeds into later literacy skills.  The app is currently £2.29 – which is a fantastic price. 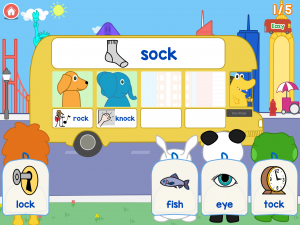 The bits I loved:- 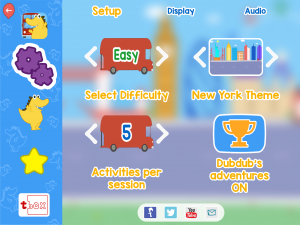 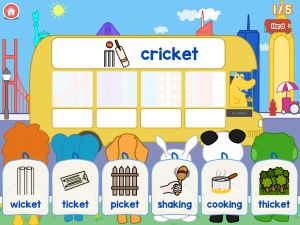 Bits I’m not as keen on: 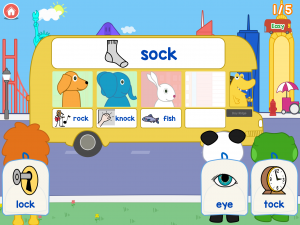 Overall I have really enjoyed using this game and have found it very useful.  I would definitely recommend it.

This is downloaded as an app, but is actually more of an addition to your i-Pad’s functionality.  It did take me a little while to work out how to set up and access it, but once you have, it gives you an additional keyboard which children can use to write things.  It looks like this 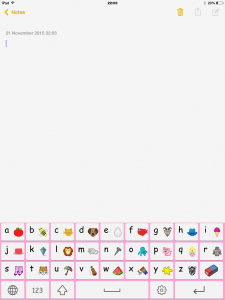 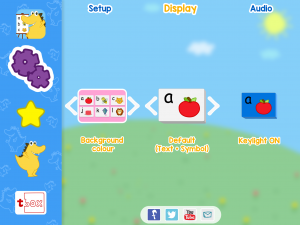 Things I would love to see in future

A good app and excellent value for money at £2.29.

So now to the giveaway!  Therapy Box have kindly given us 3 copies of each to giveaway. To Enter, go to our facebook page and like it, go to the pinned post about the review and leave a comment.  We really want to spread the word about the blog, so if you share the post you get an extra entry!

Good luck and we will announce the winners next weekend.

giveaway, Resources
Apps, giveaway, review
What will happen at my child’s assessment appointment
Is it making a difference? Is my child making progress?